There was a time, many years ago, that i was a fan of both Rob Zombie and Marilyn Manson. Those days are long gone. This didn’t help to rekindle my old love for them. Those two acted like children, and did it in Detroit. Read below for the details.

DETROIT, MI – More details emerged Saturday afternoon about what appeared to be a feud Friday night between Rob Zombie and Marilyn Manson at DTE Energy Music Theatre that Zombie claims led to an “ugly” situation backstage.

Zombie explained on his Facebook page why some verbal jabs between he and Manson – after Manson accused Zombie of cutting Manson’s set short – led to a situation where “things turned ugly backstage.” 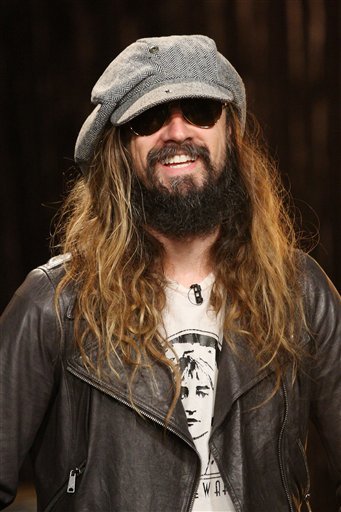 It was unclear Saturday if the incident led to any arrests or injuries.

This from Zombie’s Facebook post Saturday afternoon to Detroit fans about the cause of the “ugly” backstage scene:

“Why? I don’t know, but for some reason our touring partner decided to end his set by blaming me for something that I had nothing to do with and screaming he was going to “kick Rob Zombie’s ass as soon as he got off stage.”

Manson hasn’t appeared to speak or write anything publicly about the incident since Friday’s show at DTE.

As of 2 p.m. Saturday, Manson’s last post on his Twitter page was one that referred to an after-party after the tour’s stop Thursday in Rosemont, Ill., a Chicago suburb.

Manson’s Facebook page, at that time, hadn’t been updated since Thursday either.

Zombie, who performed after Manson, said he wasn’t sure why Manson got angry and blamed him for the shock rocker’s abbreviated set.

“Go figure. I was backstage hanging, watching the show thinking “hey this is gonna be a great night”, when suddenly he starts screaming threats. So strange. I don’t get it.”

Before Manson ended his set, he said he would “kick Rob Zombie’s ass” during the concert’s intermission.

Both rockers are co-headlining the “Twins of Evil Tour,” which still has 27 stops left, according to the tour’s official site.

Zombie seemed to imply during his performance Friday at DTE that Manson could get kicked off the tour or will never tour with Zombie again.

Zombie’s Facebook post didn’t appear to clear that issue up, but did include his apology for cussing Manson out during his rendition of Detroit rocker Alice Cooper’s “School’s Out.”

“(Expletive) you Marilyn Manson!,” Zombie said repeatedly during the song, along with other choice words.

Despite all the drama, fans appeared to have a great time at the show.

“Well, of course I felt the need to respond to the ” kick my ass remark”. Who wouldn’t? Although I wish I had kept it backstage and kept the fans out of it. It is all 4rd grade fight after school nonsense of which I have never dealt with on tour before.

“Co-headlining tours always go smooth because everything is cut 50/50 and I mean everything. No one (expletive) with anyone’s show. It is even (expletive) Steven.”

Apparently only time will tell if Manson will stay on the tour.

The Twins of Evil Tour’s next stop was scheduled for Saturday night at U.S. Cellular Coliseum in Bloomington, Ill.

“I‘ve done it co-headlining tours many times before and have had no troubles. Not with Pantera, Slayer, Alice Cooper, Korn, Megadeth or anyone ever. So I didn’t expect any troubles on this. It seemed like a great idea at the time.”

“But (expletive) happens. Anyway, sorry to the fans who had to dealt with the embarrassing stupidity of it all. We are all there for the same reasons to give you the best show ever… that’s it.”

via Rob Zombie says he had an ‘ugly’ backstage run-in with Marilyn Manson at DTE Energy Music Theatre | MLive.com.

2 thoughts on “Rob Zombie says he had an ‘ugly’ backstage run-in with Marilyn Manson at DTE Energy Music Theatre | MLive.com”